Teens and vaping: What you should know 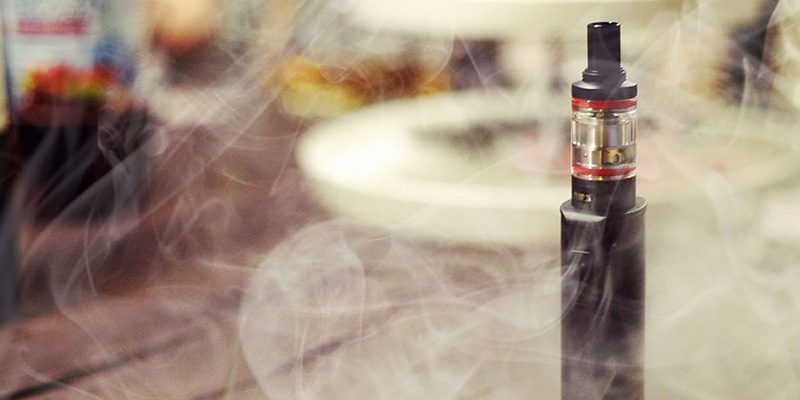 There’s good news regarding teen smoking—it’s gone down significantly over the years, from 28 percent in 1991 to 11 percent in 2015, according to the 2015 Youth Risk Behavior Survey.

The not-so-good news: The use of e-cigarettes and vaporizers among teens has grown rapidly in recent years. National surveys estimate that between 16 and 24 percent of teens have used e-cigarettes in the past 30 days.

Unlike traditional cigarettes, e-cigarettes are battery-powered devices that contain a liquid cartridge. When heated, the cartridge releases a vapor that the user inhales. Besides e-cigarettes, you might see vaping products called ecigs, vapes, vape pens, hookah pens, mods, personal vaporizers, and PVs. They all operate in the same basic way. Most e-cigarettes contain nicotine, which is concerning because nicotine has the potential to harm brain development in young people, according to the World Health Organization. While the amount of nicotine in e-cigarettes can vary by product and manufacturer, nicotine is a highly addictive substance, whether found in regular cigarettes or in e-cigarettes.

The 2016 Monitoring the Future survey found that many teens who vape opt for fruity flavors that don’t contain nicotine. But researchers still don’t know the possible negative effects of nicotine-free vaping. “Even if you’re using a vaping product without nicotine, there are still risks from the flavors and chemicals in e-liquid,” says Dr. Jessica K. Pepper, social scientist at the Center for Health Policy Science & Tobacco Research in North Carolina.

What else do we know about the health concerns of vaping?

Because vaping is so new and different, it’s taking time for scientists to catch up and figure out what impact these products may have. At this point, most experts would agree that e-cigarettes are likely less harmful than traditional smoking—but the research is far from complete.

Using e-cigarettes could potentially contribute to health problems in people who would not otherwise smoke, researchers acknowledged in a Nicotine & Tobacco Research study. It could also aggravate respiratory diseases, such as asthma and bronchitis.

Again, e-cigarettes vary in their ingredients, so their health effects likely vary, too. The takeaway: E-cigarettes are unlikely to be completely safe.

Tips for talking to teens about vaping

Find the right time. Pay attention to moments that can prompt a discussion about vaping. Maybe you see an e-cigarette ad on TV or witness someone vaping while taking a walk. Ask teens what they think of the situation to naturally steer the conversation in the right direction.

Hear them. “Listen to [them] rather than driving the conversation,” says Dr. Pepper. Teens tend to shut down during lectures, especially when being criticized. The key is to have open and honest conversation, not just wag your finger about the harms of smoking or vaping.

Parents, set a good example. Teens are more likely to smoke if their parents do, according to a study published in Pediatrics. If you’re a parent and your teen knows you’ve used tobacco before, explain the reasons why you quit and why you don’t want them to have to go through the same thing. If you still smoke, seek out resources to help you quit.

How to handle your mistakes mindfully

By Jon Krop Let’s talk about making mistakes. Now, I personally never make them (which I’m sure... more»

Jon Krop Self-care is particularly important after a difficult experience, including an experience... more»